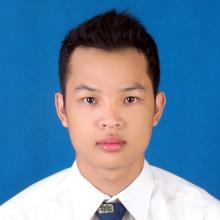 My name is Khiem and in Jan 2015, I gained a Double Master's Degree in International Economics and European Economic Policy in a join research master's program between the Faculty of Economic Sciences, University of Warsaw (UW) and the Economic School of Louvain, Université Catholique de Louvain (UCL) in Belgium. In this short testimonial, I am going to share with you experience of my wonderful time taking part in this program in terms of academic aspects and social life.

As far as academic aspect is concerned, this joint research program is a challenging and intense journey which allows to achieve a broad and deep understanding in Economics and is also considered a good preparation for those who want to further their study to the doctoral level in economics or a PhD. During my 2-year study, I had been very fortunate having the opportunity to share my classes with prominent professors in their fields and as well as talented friends who some are then got admitted to study PhD in top economic schools in the U.S. such as the University of California, Berkeley and Brown University. Internationally, these schools are ranked 3rd and 10th respectively according to IDEAS as of March 2015.

In terms of social life, this double degree program provided me with the chance to stay in 2 different countries within 2 years that allowed me to experience both of Eastern and Western European culture. In this strand, what I liked the most in my first year living in Poland was the warm hospitality extended to me from the Poles who later on became my close friends. Also, I really enjoyed Polish food and my favorite one was Zurek soup which eventually I could prepare by myself.  The second year took me to Belgium - the fabulous country of chocolate and beers. As a side note, you probably will not have enough time to taste, according to Wikipedia more than 800 different types of Belgian beers so be prepared if you are a big fan of this fermented liquor.

And finally, I would also like devote this last paragraph to say that I am deeply grateful to the Imaginarius Foundation and president Piotr, who helped me tremendously in many important aspects during the time I studied in Warsaw and Louvain la Neuve. The full scholarship granted by the Foundation which provided me with the great opportunities to access the world-class educational environment at UW and UCL is fully acknowledged.

P.S: Should you have any doubts, feel free to drop me an email at thokhiem.nguyen@gmail.com.

I would be very happy if I could answer your concerns.

Almost two years ago, I faced a dilemma when I was offered two full master scholarships. The first one was from the Korean Government (KGPS scholarship) and the second one was from the Imaginarious Organization in Poland. I then decided to go to Poland. Now, I can absolutely say that I made the right decision. It is my honor to share with you some brief thoughts of studying here.

I first came to Poland almost 2 years ago under the scholarship of Imaginarius Foundation to study at the University of Warsaw. Until now, I could say that studying here in Poland is one of the most important milestones in my life. I can not only enjoy a new life in a foreign country, get exposure to excellent academic environment, but also have a great opportunity to make new friends and open my eyes to a wider world. Regarding the study program at the University of Warsaw, I would like to have few words for students who wish to apply for the Master Program in Quantitative Finance.

After 1.5 years staying in Warsaw, I would like to say that coming to Poland is one of the most important decision in my life. Back to student life after approximately 2 years of working in Vietnam, it encouraged me to have a deeper view about both academic and business environments. Therefore, I can find appropriate ways to apply what I learnt at the university to the real life as well as my future career.

I always believe that studying in Poland is one of the most wonderful decisions I have ever made. With well- designed curriculum and excellent education quality, our Master of Quantitative Finance has been recognized by EduUniversal Top 100 in Financial Market ranking as the 20th. It provides to students not only theoretical knowledge from the field of quantitative finance but also its practical applications in financial institutions which update the modern trends of financial world. If financial industry, especially investment is your desired career, this program should be your chosen destination.

My name is Hiep,  2015-2017 Imaginarius scholarship holder .I finished my Master of Quantitative Finance at Faculty of Economic Science, University of Warsaw in 2007. Until now,  I feel very lucky and very greatful for the support of the scholarship. It has given me a wonderful experience in many senses.

Cześć!! Jestem Nguyen Thi Dieu Linh. Time is not counted by the number of days but the way you spend it. Two years in Poland is indeed a memorable part of my life. I still remember clearly how shy I was during the Orientation day, how absurd the term “programming” firstly appeared in my mind, to appreciate more the value that Imaginarius Foundation scholarship brought to me

I am Huyen Le. I graduated with the bachelor in Banking and International Finance before coming to Poland. I was granted with the Imaginarius Scholarship to study Quantitative Finance at University of Warsaw in two years and I am sincerely grateful for that. I hope that my testimonial here will help you to understand more about the scholarship, the country and also the education that you can receive if you choose Poland.

Hi, this is me, Giang. I just graduated from my master program in International Economics in University of Warsaw, Poland. My two-year study and stay in Poland was sponsored by Imaginarius Foundation. More than two years ago, before I decided to come to Poland for this study, I was a business advisor in a Japansese firm in Hanoi. I worked in business field and my job involved dealing with corporate accounting and tax issues. For a fresh bachelor graduate, I think that’s a safe choice. And I might have continued with this, set my career path in business consulting and stayed within the comfort zone. 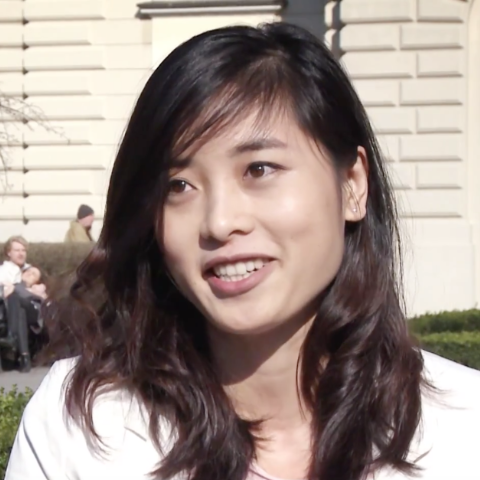